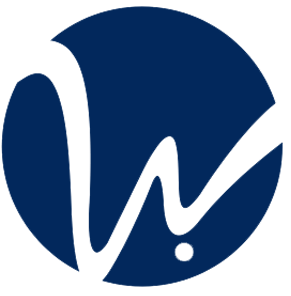 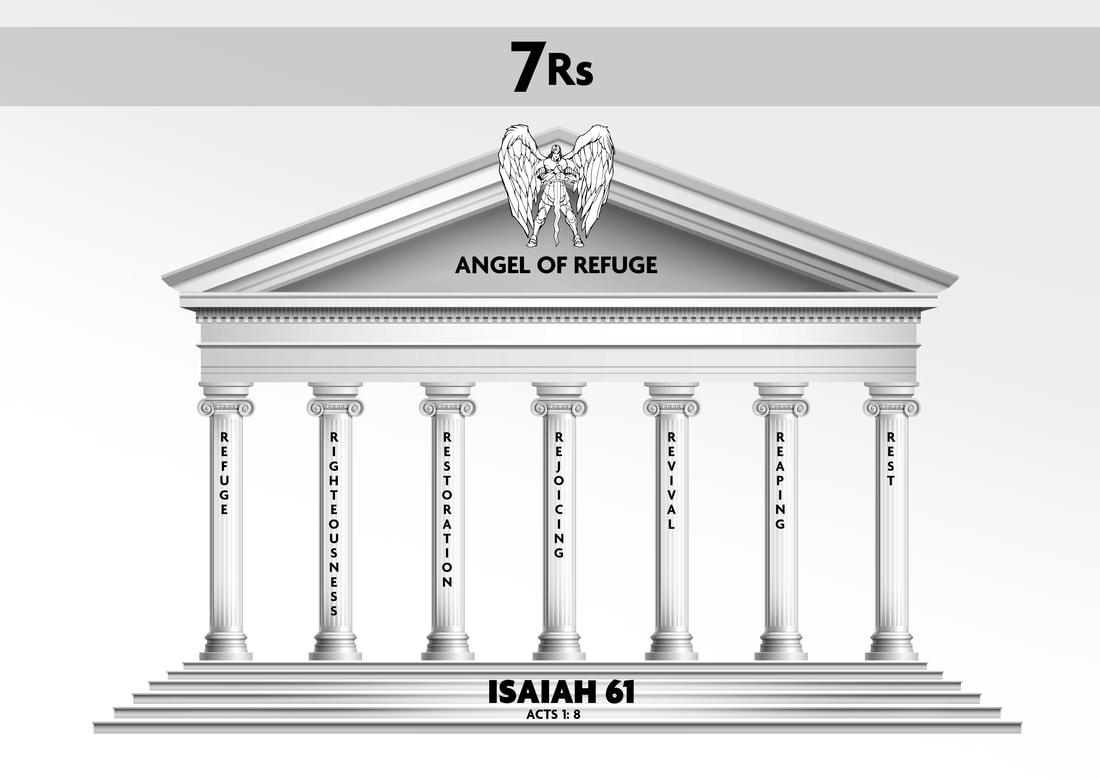 From the very beginning & foundation of WCC Isaiah 61 was given by the Lord & from there came what is now known as the 7R’s which are as follows;
1. Refuge & and Angel of Refuge
The state of being safe or sheltered from pursuit, danger, or difficulty A place or situation providing safety or shelter. Other words for refuge are: shelter, protection, safety, security, asylum, sanctuary, safe keeping, a haven, safe haven, sanctum, safe house, harbour port in a storm, ark, retreat, bolt-hole, foxhole, hiding place, hideaway, hideout, fastness.

Angel of Refuge/History of WCC
When Woolwich Community Church was first established at the end of the 80s, a small group of Christians walked the streets and prayed/prophesied over the area. One of the leaders had a vision of an angel over Woolwich and the name given to the angel was “Angel of Refuge”. At the time, Woolwich was a very deprived area with high unemployment. Over the 30+history of WCC, much prayer and blessing has been/continues to be released over the streets and people of Woolwich through those who have been/still are part of WCC. A few years ago, the council announced the “Woolwich Revival” which has seen a regeneration/ rebuilding of some parts of the town. Physical and spiritual restoration has come in some measure.
WCC has been called and anointed by the Lord.
​
2. Righteousness
Righteousness is the state of moral perfection required by God. It’s being right before God. So are we a lost cause? Not at all!! 2 Corinthians 5:21 says that for our sake he made him (Jesus) to be sin – Him who knew/had no sin -  so that in Him we might become the righteousness of God. Often Righteousness is mentioned in connection with Justice in the Bible,
Psalm 89:14 - Righteousness and justice are the foundation of your throne; love and faithfulness go before you.
Amos 5:24 - But let justice roll down as waters, and righteousness as a mighty stream.

The following link is a very interesting exposition of biblical righteousness and justice based on the book of Amos Let Justice and Righteousness Flow: Making Things Right and Doing Right https://www.blockislandtimes.com/affiliate-post/let-justice-and-righteousness-flow-making-things-right-and-doing-right/45390
3. Restoration
The biblical meaning of the word "Restoration" is to receive back more than has been lost to the point where the final state is greater than the original condition. The main point is that someone or something is improved beyond measure. The Restoration is for your soul, health, family, peace and much more.
4. Rejoicing
Great Joy, Jubilation, a reason to live, laugh and love! Singing, dancing, heartfelt cries of joy.  To be thankful to be alive!
5. Revival
Yahweh's gracious work for His people. An awakening, re-birth, a coming back. To stir or kindle up a fire within.
6. Reaping
To gather, bring in, take in, to get as a return, a recompense, reward. To receive both good and bad of what you have sown. (John 4:36-38)
7. Rest
Rest can be freedom from physical work, toil, strain or activity or  from mental exertion. A body is at rest, when it ceases to move. The mind is at rest, when it ceases to be disturbed or agitated. Rest is freedom from anxiety or disturbance. Matthew 11:28,29.

The Hebrew word for rest is nuach-to rest, to be quiet. Sometimes, it is synonymous to shabat- to cease or to rest.

​The Greek word for rest is anapausis meaning cessation, refreshment. Christ's rest is not a rest from work, but in work, not the rest of activity, but of the harmonious working of all the faculties and affections, of will, heart, imagination, conscience- because each has found in God the ideal sphere of its satisfaction and development. (Vines concise dictionary).
Other words for rest are: quiet, calmness, tranquillity, peacefulness, serenity, stability 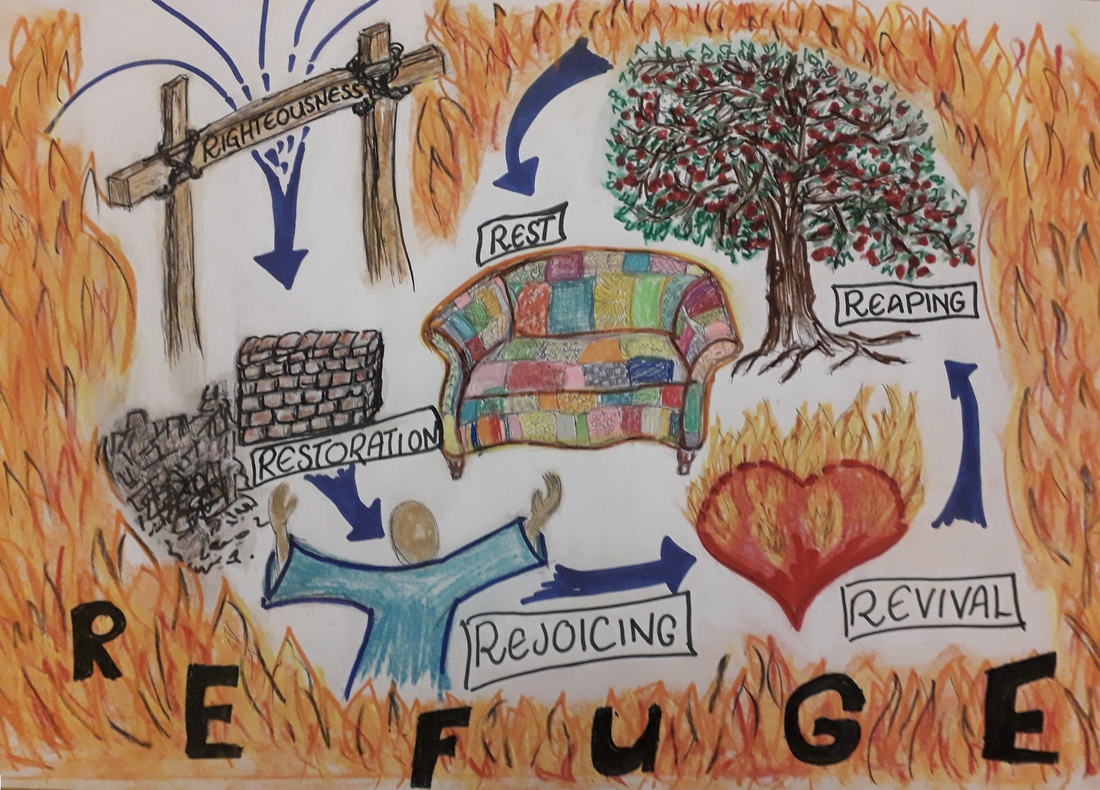 Fiery Faith Vision - Dream given on the night of 9/6/16.
In this dream I was standing on the edge of an Ancient Stone with the leaders and the people of God from WCC standing in front of me.

We were all facing frontwards / forwards. I was fully aware in that we were  standing in an Ancient Holy Place.
I and the leaders were leading from the back. Everyone had on some sort of armour. There were ones who had taken up their swords, some were still looking for them and others were halfway there in finding them. Also, some of the people were wearing mantels. Those who had found their swords were unable to use them as they should be used. The whole place was a little dim in colour there needed to be more light.
​
The whole scene changed and I and the leadership were sitting in Brian & Verena’s sitting room. I was giving the leaders my prophetic presentation. I started to share what God had put inside of me for his bride at WCC. I shared with boldness and confidence that we will build on the foundations already laid and continue building upon the work already done.

The people at WCC and other men, women and youth came together and were set ablaze with a FIERY FAITH which they had never known for themselves before. This was a childlike FAITH!! Some were given special FAITH, others the ability to believe, but all the FAITH was full of the Glory of God. This new FAITH was fresh from heaven and it caused the people to FUNCTION, to fulfil destinies and callings. As I was sharing this with the leaders, inside of my spirit God was showing me “I AM FAITHFUL KELLY”.

The Scene changed. I was taken back to the beginning of the dream To the Holy Ancient place. Suddenly I started to speak and a FIERY shield appeared from heaven.  My words were full of FAITH. I loved the shield, it was awesome, the flames were amazing. The place changed and was full of light and orange flames. The words I was speaking were coming from within me but also coming from heaven and they had fire on them. Suddenly, the oil on the  swords and Mantles of the people were set ablaze with a consuming FIERY FAITH from God!!  It was as if one size fitted all. Those who saw themselves as small, those who Saw themselves as great were given FAITH to function.

The people at WCC were believing!! really believing!! The word of God. The people really believed who they are in this world for The Lord. Other people all around their lives started to listen to them. I walked into a waiting room where people were queuing/waiting to hear what they had to say.

The scene changed. I saw a two-seater sofa which was being handmade, it was spectacular. I couldn’t take my eyes off it. It was being hand-woven by any invisible hand. I could see the outcome of the handiwork but not the hand. Suddenly, I realised I was being summoned by the Holy Spirit to complete my part of creating this magnificent sofa which was assigned to me. The quality, the colours, the fabric was perfect, exquisite, the finest of the finest materials were being used. It was mesmerisingly beautiful, yet plain. Suddenly, ability was given to me by God to complete my assigned portion of making the sofa. I was gloriously filled with sheer contentment and peace as I knew I had fulfilled what was asked of me. The sofa was complete. Its many colours, fabrics, styles and beauty was very pleasing to The Lord. I sat down and Amrik came and joined me and we sat and conversed and enjoyed the sofas comfort. I woke up.

As explained in the video, below are the recordings that explain the Isaiah 61,  The 7R's and the Fiery Faith Vision. We look at how the vision is applicable from the history of WCC, the present and the now looking to the future.

The HISTORY of WCC is HIS STORY of WCC and  has become MY STORY and can be YOUR STORY. HIS  STORY of HIS  dwelling place among men - IMMANUEL "GOD WITH US".

In this audio, Pastor Kelly will share with us how the Spirit of God opened up another phase of His vision, His instruction to us as a body of believers at WCC. Many aspects of this vision has already come to pass & much of it is still unfolding. Be encouraged, be expectant for ALL that God has promised will manifest as we continue to journey together throughout 2022 & beyond. FIERY FAITH is about to ARISE within us!!

My shared visions for WCC declared by us all, teaming together as we hear God's call.

Taking it Personally - The vision of WCC, what it means to me and what it may mean to you.